Home » The foods included in a Paleo diet 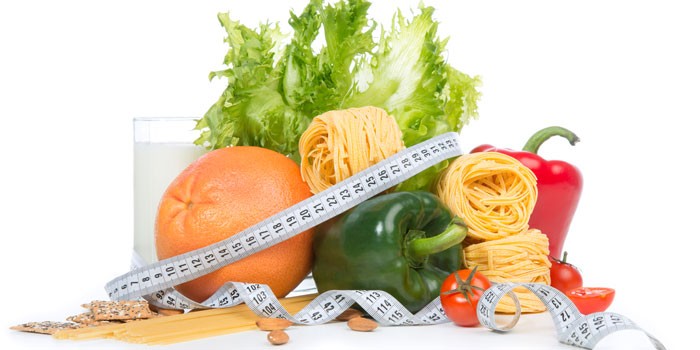 Simply put, the paleo diet is an eating plan that is based on foods similar to those that would have been eaten in the Paleolithic period, dating from approximately 2.5 million to 10,000 years ago.

The concept of the Paleo, or Paleolithic, the diet was born more than 20 years ago. Its foundations come from the so-called Darwinian Medicine (or evolutionary medicine), which explains how our ancestral past and evolution affect how we see and treat diseases today.

There is even a phrase of this philosophy that says that humans are designed to live in the stone age conditions since the most modern environments can cause countless diseases.

It has been called in many ways, Paleolithic, Stone Age, Hunter-Gatherer, Caveman, and Paleo Diets.

As we have already said, it is a food system based on products similar to those that would have been consumed in the Paleolithic period, such as lean beef, fish, fruits, vegetables, nuts, and seeds; products that could be obtained from hunting and gathering.

This food system, which aims to take us back in time, is based on the idea that the human body is genetically incompatible with the diet that emerged from the emergence of agriculture. This idea is known as the “mismatch hypothesis.”

According to this hypothesis, this relatively late and rapid change in diet exceeded the adaptation capacity of the human body, which has led us to the prevalence of health problems such as obesity, diabetes, and heart disease.
The Paleo diet, is it useful to lose weight?

Precisely, losing weight or losing weight is one of the greatest attractions of the Paleo diet, although not its goal. This happens because carbohydrates such as flour, cereals, refined foods, and sugars are removed.

In addition, eating lean protein improves insulin sensitivity, does not overeat, lengthens the feeling of satiety, and, therefore, losing weight is easier.

The absence of cartilage, veins characterize lean meat and, above all, fatty tissue; it is mainly composed of muscle fibers. This type of meat can come from poultry, fish, beef, pork, lamb, or rabbit) and provides more high-quality protein, vitamin B12, and iron.
Lean meat for Paleo diet

Many of the cuts of beef that you find in any butcher shop can be considered lean, such as shank or brisket.

Surely you are already wondering, how much weight can I lose with the Paleo diet? Those who have followed this diet report having lost up to 3 kilos in a month, combining diet with exercise.
Foods allowed on the Paleo diet

The foods included in a Paleo diet are:

It should be noted that drinking enough water and exercising daily are essential supplements on a Paleo diet.
Foods prohibited in Paleo diet.

Those on a Paleo diet should avoid the following foods:

It is based on the consumption of natural foods before the Neolithic Revolution, agriculture, and the beginning of sedentarism when our ancestors hunted and gathered.
The current paleo diet can be vegan.

It is presented as a diet to regain health, lose weight, and combat degenerative diseases of today’s civilization, such as cardiovascular, autoimmune, obesity or diabetes.

Why go back to prehistory?

The paleo diet has become popular thanks to the books and writings of Loren Cordain, an American scientist who is an expert in exercise nutrition and physiology. The defenders of it postulate that in the Paleolithic, our ancestors obtained 55% of their daily calories from animal protein, 15% from fruits, vegetables, and seeds, and the rest from fats, especially saturated ones.

The paleo diet shares with philosophies such as raw veganism the idea that our digestive system and genetics have not had time to adapt to the changes that have occurred since the generalization of agriculture and, more recently, sedentarism.

While hominids have existed for around 6 million years, modern humans emerged 200,000 years ago and agriculture around 10,000.

The Industrial Revolution, also food, is barely two centuries old. And in recent years, changes, both in diet and lifestyle, have accelerated dramatically. Too fast for our biology to have been able to adapt.

The paleo diet, as currently proposed, has its weaknesses, especially when it comes to consuming animal protein, as it recommends including it in all snacks, between 3 and 5 a day.

The evolutionary logic of the proposal itself does not justify this consumption. Our ancestors couldn’t eat animal protein daily because they didn’t have the logistics and technology to hunt animals so easily. Nor did they have the cooling systems that we have today to preserve it.