The history of food is closely related to the evolution of man. All living things need food to live. The eating habits of human beings have been changing to adapt to the adversities that the environment presents. The type of food that man has had to eat for his sustenance has changed through the ages because he found himself obliged to eat those closest to him and were easier to obtain with the few tools he did. Possessed.

The enormous capacity for adaptation of the human being to the environment and circumstances entails different ways of feeding in different societies. On the other hand, this makes the eating habits not static but adaptable to the logical variations of its living environment.

There is evidence that the Egyptians liked to eat and were afraid of a possible food shortage. For example, food is mentioned almost as often as gold, precious metals, or cosmetics on the Harris papyrus. We do not know how they produced, stored and prepared their meals (considering their perishable nature), nor the amounts consumed regularly.

There is very little evidence to illustrate when and how many times the inhabitants of the Nile ate. It is likely that the ruling classes, including the pharaoh, ate two or perhaps three times a day.

Taking the Cannibal Hymn as a reference and the temple rituals, it seems that the rich had a light meal at dawn and later a great lunch and dinner. The working classes probably ate a simple breakfast of bread and onions and subsequently had a mid meal well afternoon. Thus, the Egyptian diet varied significantly depending on the social class of the individuals.

The Egyptians ate sitting, alone or in pairs at a table with all kinds of food: meat, poultry, fruits and sweets, in addition to a large quantity of bread and beer. The children sat on the floor on mats or cushions.

The meat of one kind or another was available to most of the population at least once or twice a week. The birds – wild or domestic – and the fish could be obtained easily through hunting and fishing. This diet was supplemented with the consumption of vegetables, mainly legumes and vegetables as a source of protein, and animal products such as eggs, milk and cheese. Vegetables would be available to all Egyptians, the most popular among the typical population, onions, vegetable stews, salads and lentil soup, accompanied by bread and washed down with beer. The rich and the poor consumed many slices of bread and cakes made with seed flour and stuffed with figs or dates. In addition to preparing their meat, fish and poultry for immediate consumption, they also learned about various preservation techniques. The most common were salting and drying.
The Egyptians, therefore, enjoyed a balanced and varied diet.

The Hebrew people had a rather monotonous diet based on the land’s products, without much refinement and curiously not uniform in its development, since this was the way the diet depended on the tribes.

The essential diet was composed of grain for bread that could be wheat, oats, barley or any other similar, which was ground by hand or in a mortar; Water, salt and rarely yeast was added to the powder or flour, and with this, they made ashy bread or unleavened bread. There was also a type of bread made with grain that was roasted or toasted so that it would not break, and that was used on marches, trips or military expeditions.

The carnivorous diet was rigorous. Animals were classified as pure and impure according to external signs. In fishing, impure animals were those that lacked fins and scales.

It is known that they drank a lot of milk from both goats and sheep. In addition, it has been possible to show that the star drink among all was wine.

The basis of the diet of the Greeks was essentially cereals, wheat and barley.
Vegetables were scarce and relatively expensive in the city, except beans and lentils, primarily eaten pureed. Garlic was also eaten a lot, as well as cheese and onions, especially in the army.

The meat was scarce, except that of pork, and the poor of the city only ate it from time to time, on the occasion of some sacrifice. Most of the Athenians had to eat fish more often than meat. Fish, along with bread, was perhaps the essential food of the urban population. They were also very fond of shellfish, mollusks, cuttlefish, and squid.
The comedian could end with fresh or dried fruit, especially figs, nuts and grapes, or sweets with honey. The most consumed drink was water. They also drank milk, especially goat milk, and a kind of mead, a mixture of honey and water. But the vineyard provided the royal drink, the “gift of Dionysus.” The wine was kept in goatskin or pigskin skins, while the exported wine was introduced into large clay jars.

The origins of Latin cuisine were humble and austere. Until the 2nd century BC. Roman cuisine was based on essential foods: pulmentum or millet porridge, barley or peas, sheep’s milk cheese, boiled lamb meat, cabbage, broad beans, etc. Fruits also occupied an important place: apples, apricots imported from Armenia, melons brought from Persia, figs and dates. At the beginning of the 2nd century BC. when the Romans entered Asia Minor and discovered the refinement of the Eastern Greek courts. From this moment on, the preparation of meals, according to Tito Livio, became long and expensive. Cooks’ services, work until then performed by slaves, began to rise.

The basis of the Romans’ diet was products grown in the empire and dominated territories, such as cereals, especially an ancient variety of wheat called spelled, with which bread and other foods were made. They also consumed legumes, especially lentils, beans, olives, and grapes, which they fermented to make wine.

Nutrition, which begins after eating food, consists of a set of physiological processes (digestion, absorption, metabolism, …), through which the body uses, transforms and incorporates into its structures a series of substances that it receives from the environment. External with food.

Through nutrition, we obtain energy, build and repair organic structures, and regulate metabolism. In short, we are talking about making life possible and maintaining it, with which we enter fully into the intimate relationship between eating habits and health.

Livestock activity provided them with goat, cow, pork, milk and cheese, while bird hunting and fishing offered them other food alternatives. In general, the Romans cared as much about food for its status as food and the taste and ornamentation of dishes seasoned with sauces and garnished with herbs. 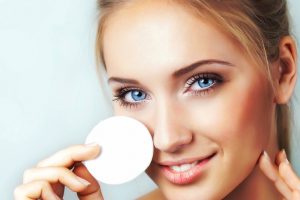 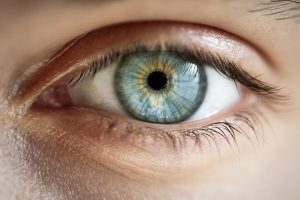 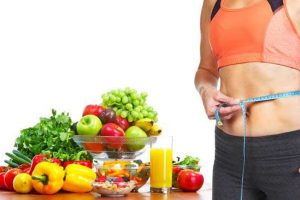 Foods In the Middle Ages
The main goals of nutrition
Comment

pros and cons of the Paleo diet