The temperature fluctuations on your basal body temperature (BBT) chart can help you determine ovulation, the onset of the luteal phase, etc.

If the graph has a consistent pattern with no noticeable drop or rises in temperature throughout the cycle, it may indicate no ovulation. If you notice a low basal temperature after ovulation, it is most likely that ovulation did not occur.

Do not panic. This situation is sometimes due to a faulty thermometer.

Try using another. If there are still no changes, be sure to see a doctor.

Keep in mind that a woman can have several anovulatory cycles a year, which is normal.

If the situation repeats itself every cycle, then you should get a checkup. The graph alone cannot be used to make a diagnosis.
Basal Body Temperature (BBT) Chart – A Zigzag Curve

In the absence of pregnancy, your basal body temperature (BBT) chart should show two temperature levels: a low one in the first phase and a high one in the second.

A zigzag graph with constantly alternating high and low temperatures may indicate an estrogen deficiency (as long as the thermometer is working well and you have followed the basal body temperature [BBT] recording instructions below of the letter).

Try to change your diet and pay more attention to your physical and mental state; follow the graph for three more cycles.

If there are no changes, consult a gynecologist and undergo additional tests. The basal body temperature (BBT) chart alone cannot be used to make a diagnosis.
Basal Body Temperature (BBT) Chart – An Erratic Curve

If you notice that your Basal Body Temperature (BBT) chart has a chaotic curve over several cycles and there are drastic temperature changes (rising and then decreasing by more than 1 ° C difference), this can indicate an estrogen deficiency.

This situation can also be the result of random factors, such as a faulty thermometer (in this case, replace it and record the measurements of a new one), non-compliance with temperature measurement rules (that is, the temperature is taken at different times, or using different methods each time), as well as changes in your mental and physical state (stress, fatigue, a cold, etc.).

To dispel doubts, consult a gynecologist and undergo additional tests.
When is the basal body temperature (BBT) chart inaccurate?

Your basal body temperature (BBT) may not be accurate:

Recording your basal body temperature (BBT) is also useless if you take hormonal contraceptives, as in this case, the body is under the influence of synthetic hormones that change the menstrual cycle and the ovulation process.
When we are looking to have a baby, we often hear about the basal temperature through which we will know what our fertile days are. Let’s see what it consists of, how it is measured, and the best thermometers to take the basal temperature.

Basal temperature: What is it

A natural contraceptive method, which can also be used to identify the appropriate days to become pregnant, is to calculate changes in basal temperature to determine the fertile period. This action is carried out in the morning before getting out of bed because any subsequent activity can alter the temperature and distort the relief.

To understand what this measurement consists of, it is enough to consider that in the middle of the cycle in women, the temperature undergoes a peak and stabilizes at 37 ° C, remaining unchanged until the beginning of menstruation.

The increase in temperature is due to progesterone, the hormone that underlies the fertility period. Three days after the temperature rises, the woman is in a high-risk period for an unwanted pregnancy, or it is the right time to try.

How to measure basal temperature

In Farmacia, it is possible to buy a suitable thermometer to detect this temperature. The one commonly used to measure fever is not recommended because it has the raised markings too close together and is inaccurate. It is necessary to measure the temperature in the morning before getting out of bed and always at the same time for the test to be accurate. Temperature can be measured orally, rectally, or vaginally.

It is always good to measure the temperature for at least three cycles in a row before you have a perfect knowledge of your body and understand the time of ovulation with certainty.

The drop in temperature and the subsequent rise is due to ovulation. The temperature a few days before the start of menstruation drops again; if it does not, it almost certainly means that you are pregnant. 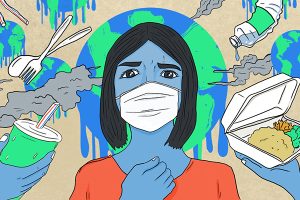 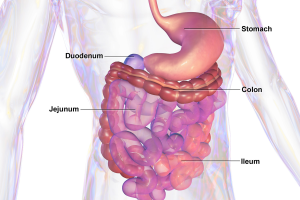 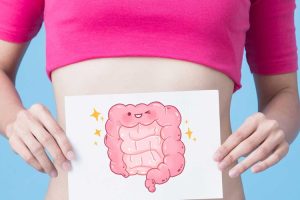