Home » How the Apgar test is interpreted 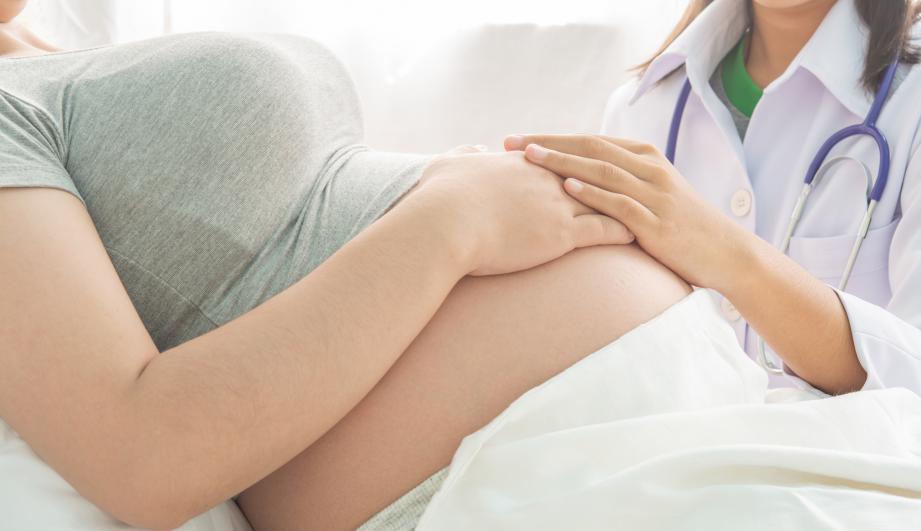 What is the Apgar score?

The Apgar score is a test to evaluate newborns shortly after birth. This test assesses the baby’s heart rate, muscle tone, and other signs to determine if they need additional emergency medical help.

The Apgar test (also known as the “Apgar test”) is usually given to the baby twice: the first time, one minute after birth, and again, five minutes after birth. Sometimes, if the baby’s physical condition is of concern, the baby can be evaluated a third time.
What does “Apgar” mean?

In the test, these five factors are used to assess the health of the baby. And each factor or aspect is evaluated on a scale that goes from 0 to 2, with 2 being the highest possible score:

The physicians, midwives, and nurses add the scores for these five factors to calculate the Apgar score. A baby can score between 0 and 10. 10 is the highest possible score, but very few babies reach it. This is because many babies’ hands and feet remain blue until they warm up.

A baby who scores seven or higher on the Apgar Test is generally considered in good health. Getting a lower score does not mean that the baby is sick. All it means is that the baby needs some immediate medical treatment, such as suctioning his airways or giving him oxygen, to help him breathe. Some perfectly healthy babies have lower scores than usual, especially in the first minutes of life.

A somewhat lower score (especially at minute 1) is standard, especially in babies born:

Five minutes after birth, the Apgar test is applied again. Suppose the baby’s score was low at the first evaluation and did not improve, or the medical staff is concerned about the baby’s condition for other reasons. In that case, the medical and nursing staff will continue to give the baby the necessary medical treatment. And they will closely monitor the baby.
What if my baby gets a low Apgar score?

Many babies with low Apgar scores are perfectly healthy and do well after adjusting to life outside the womb.

If your child’s doctor and midwife (or midwife) are concerned about your baby’s Apgar score, they will let you know and explain what, if any, may be causing problems and what treatment you are receiving.
What does the Apgar test measure in the newborn
It does not detect diseases but the vitality of the baby.

The Apgar test is the clinical test that assesses the vitality of the newborn in the first minutes of life. Five parameters are assessed: muscle tone, respiratory effort, heart rate, response to stimuli, and coloration. The test is performed while the child remains on top of her mother to separate them or on a separate table where the neonatologist is located.

Apgar test
How is the Apgar test performed?

It is named after its creator Virginia Apgar, who, in the 50s, devised this test that evaluates the state of the newborn and serves to detect problems that the baby may have quickly.

Thanks to it, it has been possible to reduce the rate of illnesses and infant mortality since it controls the child’s health status in the first minutes considered crucial and, if special care were necessary, they would begin at that time.

How the Apgar test is interpreted

Number of tests and scores

Fortunately, 90 percent of babies are born with an average score. It should also be borne in mind that if the delivery has been long and complicated, sometimes in the examination performed at the minute of birth, the score may be somewhat low because the child is tired, and it is difficult for him to start the mechanical ventilation. This is precisely why it is performed at the minute of birth and not at the moment of birth because the assessment would be affected by the delivery. Then, it is repeated after five minutes, when the baby has overcome the trauma of birth.

Apgar does not diagnose disease.

It should be noted that the Apgar test was not created as an indication about the future health of the baby, nor as a diagnostic method for a particular disease. A child with a score of 9 is not healthier than another of 8. The idea of ​​the American doctor was to create an effortless scale that would help medical personnel better care for the baby and quickly decide if he would need resuscitation techniques or more attention from you.
Apgar: disparity of scores between various tests

Sometimes the first-time test gives a deficient result but gives a high score after five minutes because not all newborns adapt to the outside world with the same ease. A low score means that something has happened to the newborn: or that he is immature, that some of the anesthesia used on the mother has come to the child or that he has a neuromuscular disease, but at that moment, the doctor does not know if the This fact is transcendent or not or if it is transitory and it occurred due to the newborn’s physiology.

medical Review of apgar test
What is the Apgar test for?
Comment